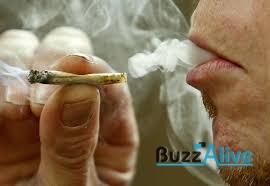 The usual concept of drug abuse is when someone uses drugs, and not any drugs but illegal drugs, beyond the limitation. So people have the belief that when it comes to drug abuse it has to do something with illegal drugs. That is quite wrong. Drug abuse is a wider concept. It is way beyond cocaine or marijuana. Even legal medicines could be drug abuse if not taken as a per the drug prescription. Yes these prescription drugs help us in the healing but then they can be very addictive and could have fatal results if used in wrong way.

A tablet called barbiturates is like phenobarbital. This drug helps with anxiety or sleeping problems. Again, if you use it more than required you will get addicted to it. A high dose of this tablet is most likely to cause a trouble with breathing if you take it with alcohol and you will end up in withdrawal. Two types of benzodiazepines that are easily available in the market is Valium and xanax. These two drugs also help with anxiety, panic attacks and sleeping disorders. However, benzodiazepine is better and less harmful than barbiturates. But the over dose of benzodiazepine could lead to physical dependence.

However, the highly drug abuse is seen with drugs like morphine and codeine. The job of these drugs is to numb the pain but a heavy dose will lead to an euphoric high with side effects. You will find that a doctor will use morphine only for severe pains while codeine will be used for mild pain or coughing. OxyContin is another type of painkiller. People who are highly addicted to this particular drug crush it and then inject it in the body or snort it in.

drugs named Vicodin, Lortab and Lorcet contains opioid hydrocodone plus acetaminophen. The opioid causes constipation and drowsiness. And a high dose is most likely to cause breathing troubles. People who suffer from ADHD are usually prescribed with amphetamines. This is another drug that is highly abused. People use it to get high or to boost their energy or simply to cut back on weight. A high dose of amphetamines will lead to rise in body temperature, inhumane heartbeat and even further cardiac arrest.

Dextromethorphan is usually used to clear off the mucus when you have a bad cold and cough. But if this dose is taken beyond the prescribed limit you are most likely to get high and further down have hallucination. This particular drug is very common among teens. A high dose will also cause vomiting, increase in heart beat and very rarely a brain damage.