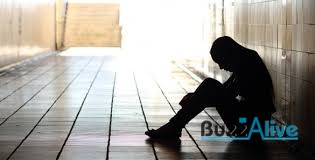 Did you know that statistic data shows that nearly 13-15 million of Americans suffer from depression issues. And among these people who get treatment, it is some 30%-40% who do not get any better or completely recover. This situation puts them at a larger risk of drug abuse, alcohol or suicidal tendency. But a recent study stated that a new drug is in town which will help in curing depression. That drug is non other than ketamine.

Ketamine is an anesthetic drug. It also has a reputation as an illegitimate party drug. It also leaves the effect of hallucination. But a recent study observed that this drug could be probably a little helpful when it comes to depression. This drug is also seen in emergency rooms for curbing suicidal thoughts and it turns out to be a lifesaver. The benefits of it are pretty great. Also experts are stating that there have been emerging studies, rather positive studies on this particular drug.

Ketamine is super quick. Also it is said to have mild and brief side effects which was observed in many cases. But a thorough study is yet to be done. The thorough study will define the its long term safety and effectiveness along with the fact that it is completely okay to use it to cure depression. While a thorough study is in process, experts believe that this drug could be a little slow for people who are suffering.

Experts say that it is not a miracle drug. Rather they do not know how exactly the drug will work but they know it for sure that it works differently than any other antidepressants. And may be this could be the reason as to why people who did not get any treatment from these drugs respond pretty well to ketamine. As mentioned above ketamine is quick so it works faster than any other antidepressants which takes weeks or months to show its result. Also ketamine reduces the suicidal tendency. But how long this drug would have its effect is yet to be studied.