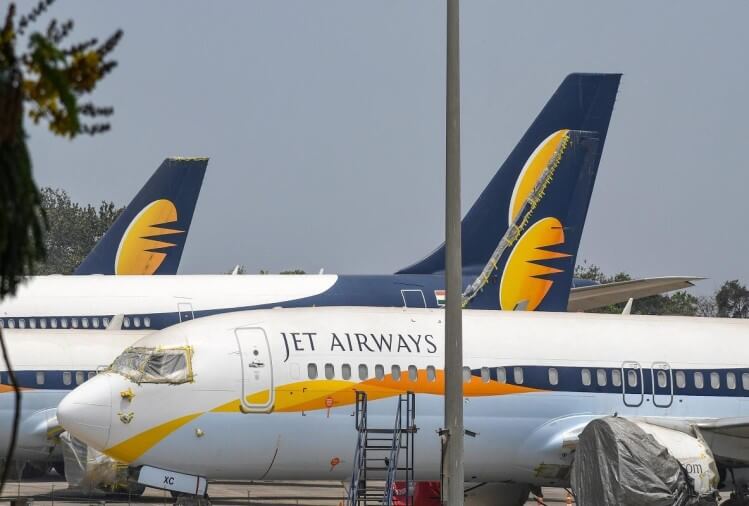 Sources had earlier confirmed to India Today TV that Hinduja Group, backed by Etihad Airways and Jet founder Naresh Goyal, is expected to start the bidding process as early as this week. However, reports indicate that a grand alliance of three companies will bid for the ailing airline.

consortium of three companies could come to the rescue of crisis-hit Jet Airways, which was forced to suspend operations from April 17 after being hit by its worst financial crisis ever.

Sources had earlier confirmed to India Today TV that Hinduja Group, backed by Etihad Airways and Jet founder Naresh Goyal, is expected to start the bidding process as early as this week. However, it now seems that a grand alliance is expected to bid for the ailing airline.

London-based AdiGro Group, which owns AdiGro Aviation, is also expected to be a part of the consortium which is expected to float a bid for Jet Airways along with the other stakeholders.

AdiGro Group’s Founder and Chairman Sanjay Viswanathan had earlier expressed keen interest to partner Etihad for saving Jet Airways. AdiGro, an unsolicited bidder for Jet Airways, already discussed the prospects of the potential bid with Etihad even before Hinduja floated its interest in bidding for the airline.

Top executives from Hinduja Group are expected to meet with Etihad Airways and lead lender State Bank of India (SBI) to finalise its bidding conditions.

Meanwhile, a report on moneycontrol.com indicated that further discussions will be held between the all the stakeholders including Naresh Goyal, who has also offered to pay Rs 200 crore and become a part of the grand alliance expected to bid for Jet Airways.

But working under such a framework could prove tricky as Etihad, which holds 24 per cent stake in Jet Airways, had earlier demanded Naresh Goyal to step down from the airline’s board. But, then again, the proposal is once-sided and Hinduja Group is yet to take its call.

Jet’s revival challenges
The May 23 meeting between the concerned stakeholders will be crucial for Jet Airways and its existing employees as it will decide whether the airline flies again or crumbles under insolvency procedure.

However, the real challenge for the bidders’ consortium-if at all a consensus is reached-will be to clear off the airline’s massive dues and to restructure the airline’s operations completely.

Jet Airways is currently sitting on a massive debt of over 8,500 crore while it also has other payment obligations including pending salaries of employees. Taking all its dues into consideration, the airline is potentially sitting on a debt of well over Rs 11,000 crore.

Following the revival deal, the new management will also have to look at options to restore the airline’s fleet and optimise operational costs to avoid such a development in future.

Besides, Jet would have to fill in the void left by employees who left the company after non-payment of salary for nearly four months. A fresh process of recruiting new employees could add to the company’s cost.

Another issue that would hold key to the airline’s complete revival is balancing operational costs and revenues.
Before the airline was stung by the financial crisis, it was one of the best airlines in the industry; not just for passengers but also for staff.

Unlike other low-cost airlines, the salaries offered to employees at Jet were significantly higher compared to other Indian airlines.

Since Jet Airways had a mixed fleet of aircraft, the money spent on maintaining each aircraft was also higher in the case of the Mumbai-based airline-something that the new management is expected to address.

In a nutshell, Jet Airways has to ensure that its revenue from a single seat/kilometre is more than the cost/kilometre as the disruption of this balance–coupled with external factors like record crude oil prices–was responsible for the airline’s fate since 2018.

Even if the consortium of bidders reaches an agreement and successfully take over Jet’s operation, it will just be the first step towards saving the cash-strapped airline.