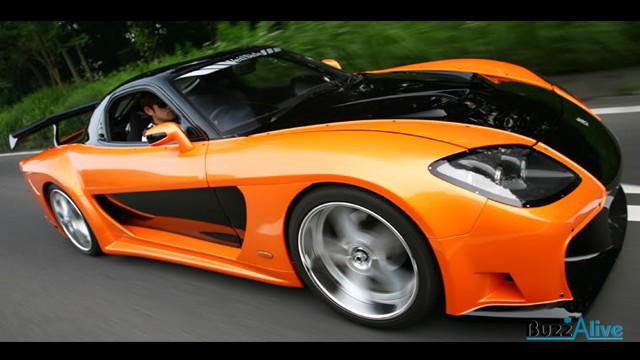 Who would not love fast and furious cars? Such cars do not just happen in a night. Fast cars are the efforts of sleepless nights with mind-blowing engineering, high grade performances and super power. Here is a list of the fastest cars on the world that you may not be aware of.

To top the fastest cars charts is non other than SSC Ultimate Aero. This is a mid engine sports car by the Shelby Super Cars. It is a high performance version of SSC Ultimate Aero TT. Did you know that it is a fastest production car in the world? Its speed is 413 km/h. Its speed was recorded on 13th September, 2007 and since then no car has been able to break this record. Ergo, it has been added in the Guinness Book of World Record.

Another mid engine sports car is Bugatti Veyron. It is produced by Volkswagen Group Bugatti Automobiles which was introduced in the year 2005. It is known as the fastest accelerating and decelerating car in the world. You can have this car for 1.1 million Euro. After the SSC Ultimate Aero this is the fastest car on this planet, as of now. Known for its average top speed of 408.47 km/h, the car is named after a French racing driver.

Koenigsegg CCX is produced by Koenigsegg. This Koenigsegg CCX replaced Koenigsegg CCR in 2006. CCX is the abbreviated form of Competition Coupe X. Here the X is the commemorating factor of its 10th anniversary. And also X is the roman number for tenth. This car marked the completion and test drive of the very first CC which was way back in 1996. The engine of this car runs on biofuel and produces 25% more power than a CCR.
A complete high built performance but on limited edition is the Saleen S7. This car is produced jointly by Saleen, Hidden Creek Industries, Phil Frank Design and Ray Mallock Ltd. with RML. However the very first car was produced by Saleen alone but it did not have the design of Saleen S7. This car was launched in 2000. While in 2005, it was replaced with S7 Twin Turbo which gave a 750 horsepower and a speed of 250mph.